We've been living on the Outer Banks for 34 years and although it does snow here on occasion, when it does, it's always an occasion.  Of our snows, it's only been epic a very few times (see my earlier White Christmas 1989 blog).  Epic here means that the snow accumulated enough to matter.  Last week it was epic with 6 to 8 inches of snow.

(My apologies to all of you tired of, and buried in snow) 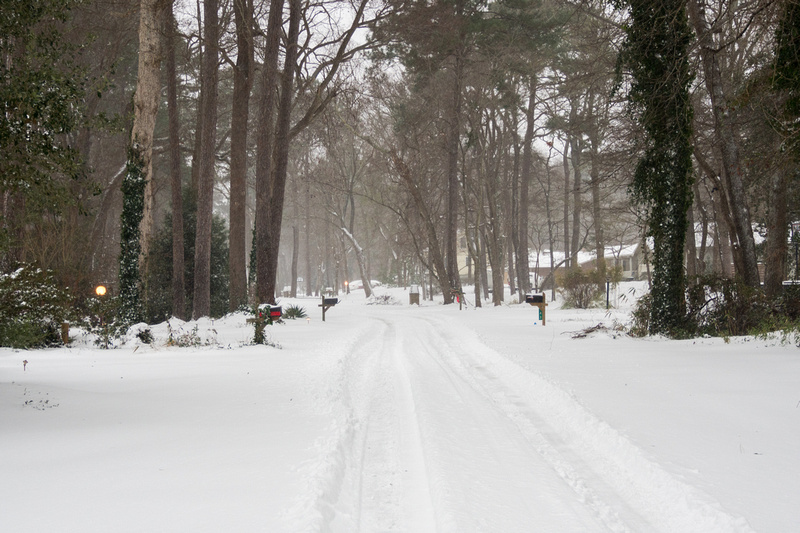 An unusual storm from the south dropped 6-8" of snow overnightA typical steet in Southern Shores with the snow still coming down.

Anyway, last Wednesday we had enough for Outer Banks photographers to take to their 4-wheel drives and for displaced northerners to dust off their snow shovels, sleds and toboggans.

We've been caretakers for 3 ruby-throated hummingbirds that decided to migrate only to the Outer Banks.  We've had some every year and our job is to keep the sugar water flowing.  When it's below freezing I aim a light at the feeder to keep it from freezing.  When I hang the feeder just before sunup, the hummingbirds are usually on it in a flash - and they still compete with each other for ownership.  On this snow-day morning, two met me at the feeder and landed even before I could hang it up.  They had been waiting for me. We're impressed that they survived - but there's still a lot of winter left to go. 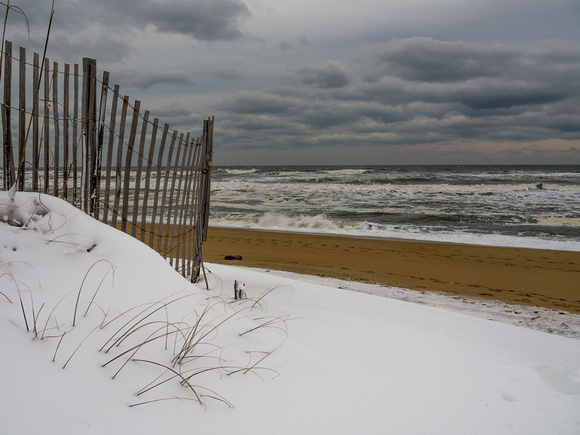 Snow dunes at the beachSnow covering the dunes, is an unusual sight for the Outer Banks

Camera in hand it was off to the beach.  Pictures of the beach with snow can be a challenge since the wind, changing tide and salt water combine to move or melt the snow near the water - so it looks like any other beach shot.  However, this time we had enough snow to cover the dunes and the snow in the dunes complements the storm clouds in the sky and the white of the breaking waves.

Thursday, we decided to head north to Corolla to take photos with hopes of finding some of the wild horses in the snow.  The snow had stopped but it was still cold and grey.  We were not the first people on the beach in the 4-wheel drive area after the snow, but we had the beach pretty much to ourselves.  We found no horses on the beach, but the blowing snow and sand patterns were beautiful and the layers of sand and snow made beach driving challenging in places. 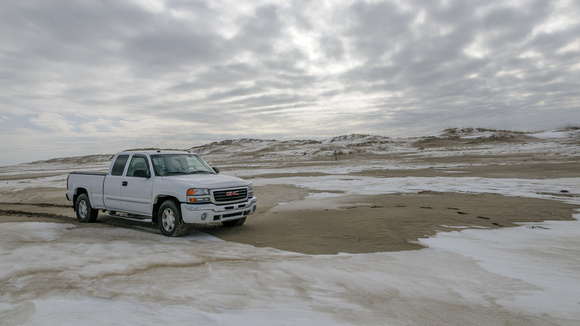 Drifting patches of sand and snow on the beach in Carova 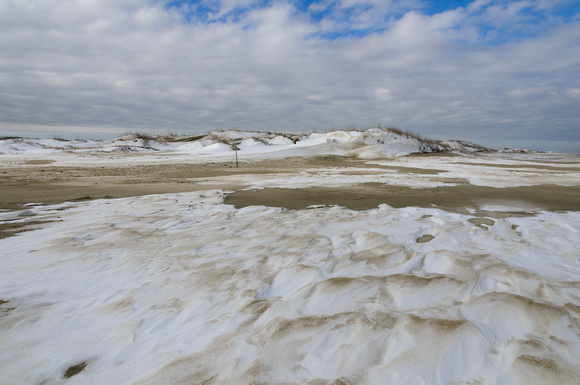 Snow and sand-covered beach and dunesA photo by Bill Birkemeier

Still looking for horses, we headed over the dunes and onto the sand roads of Carova Beach.  No horses in the usual places, but the cool, twisted branches live oaks covered in snow made for some nice images.  Nice in B&W too.  Peg took the color one, I took the B&W.  If you look close in that image you can see Peg at work. 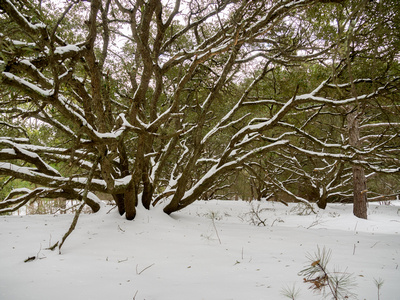 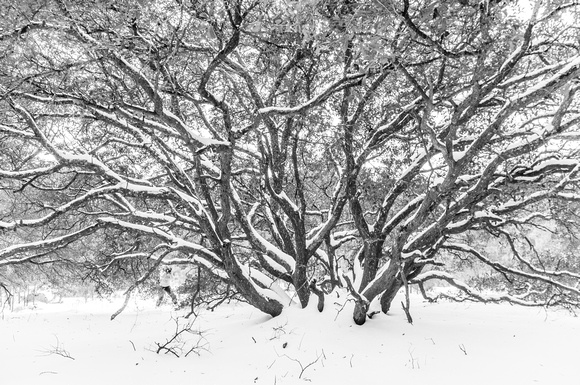 We started to head home and luck was with us as we passed a herd of six horses digging in the snow for grass and munching on the trees.  They took us and the snow in stride and we just sat in the truck enjoying the action and the snow. 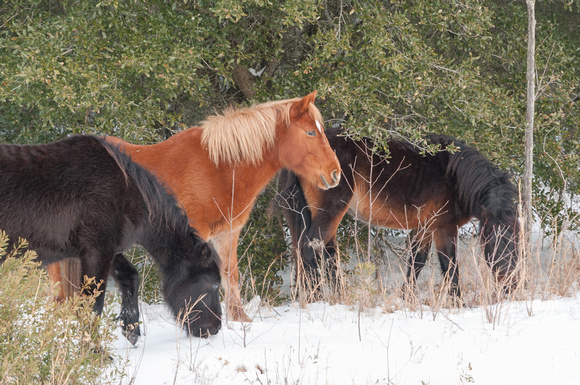 Corolla Wild Horses in the SnowA photo by Bill Birkemeier

With horse photos accomplished and the sun setting, we did a quick stop at the always beautiful Whalehead Club (lots of photographer footprints there) for a few images including capturing a sun star from the front porch. 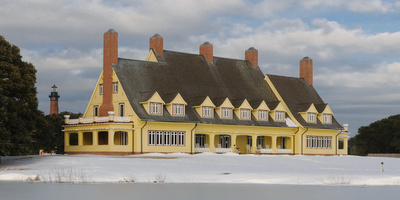 The Whalehead Club in ice and snowA photo by Bill Birkemeier 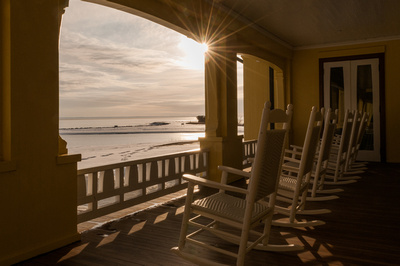 The snow is now long gone and not missed.  We're back to our usual Outer Banks winter with a Nor'easter predicted for the weekend.  We'll see what that brings.